5 things you need to know about pavement design with geogrids

Are you thinking of using geogrids in your pavements to improve the performance of the pavement or perhaps reduce the pavement thickness but still achieve your performance targets? Here are five quick things you need to know before you make your decision.

1. Performance is the true metric, not lab tests

This may seem intuitive, but it is quite difficult to impress on the engineering community that geogrid index properties such as strength and stiffness are difficult to correlate with the performance benefits. The only real way of knowing if a geogrid WILL work is to put it into a pavement and measure or observe its performance. Due to the number of variables involved in pavement design and construction: particle size, geogrid interaction, subgrade strength/stiffness, variation in wheel loads, etc, continuous testing supported by extensive case studies are needed to build confidence in a particular solution with geogrids. 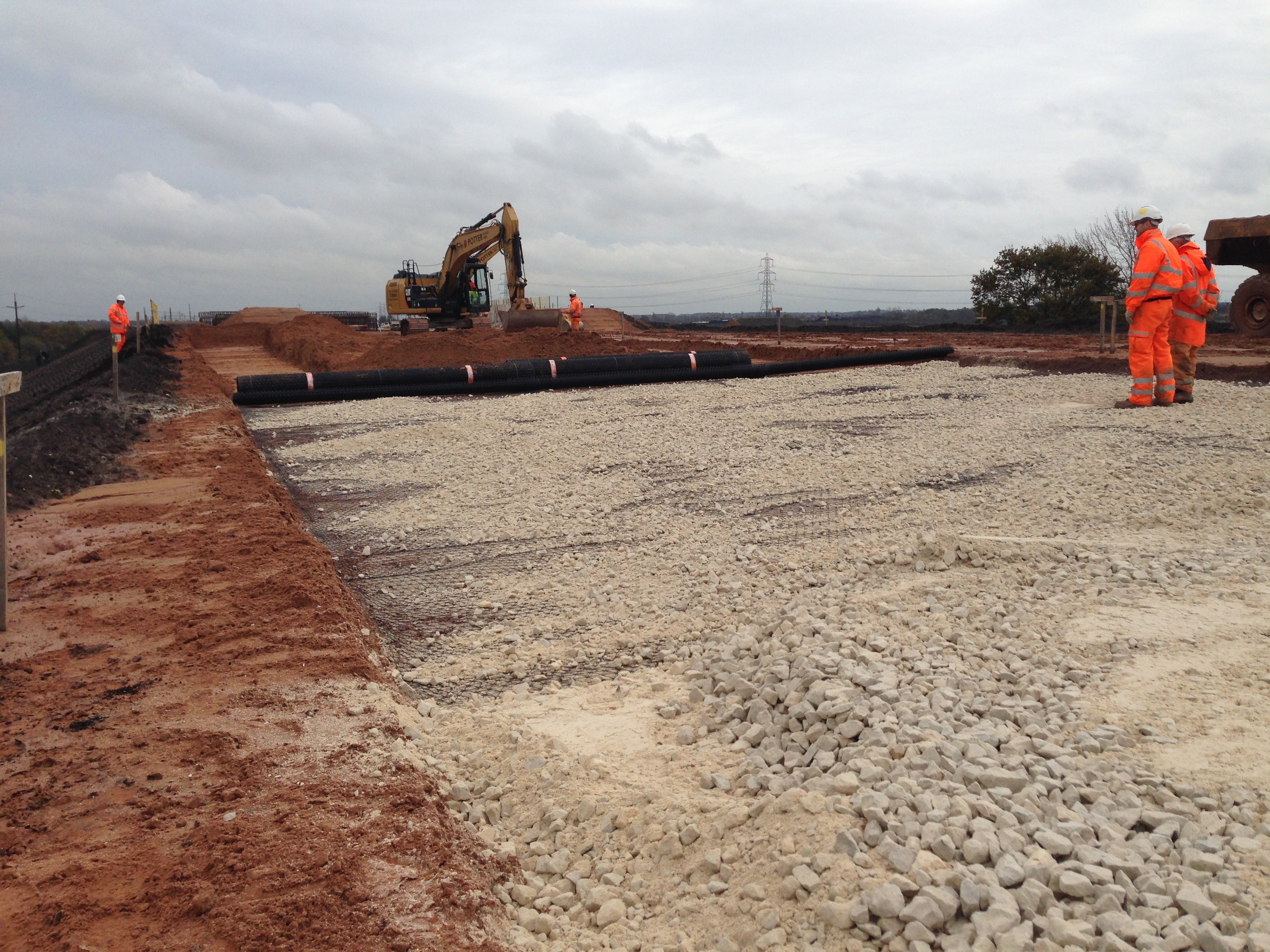 A Tensar mechanically stabilised road subbase layer, which resulted in a thinner pavement but 60% average increase in roads service life at the Great Yorkshire Way

2. Performance enhancement of geogrids in pavements continues to evolve. Research is an open-ended endeavour.

Point 1 feeds into Point 2, since it begs the question: if lab test results can’t be used to indicate performance, how do we incorporate the performance in the design? Fortunately, geogrid technology has a long history and although we are continuing our research; we know enough that we can make reliable estimates of improvements. However, it is acknowledged that we can do better. In fact, publications, such as AASHTO R50-09, state that improvements from geogrids are derived empirically and should be derived from full-scale trafficking tests. Tensar’s TriAx geogrids were developed in 2007 but the knowledge was built upon 30 years of experience with biaxial geogrids, and we are still learning new things about geogrids every day. Some day we expect that pavement design with geogrids will be fully quantified and the effect would be modelled directly, but until then, we can already make substantial savings in pavement designs. This Information Bulletin will illustrate how we use our research to develop existing design methods.

3. Manufacturer declarations matter, back up the marketing with facts and numbers.

Geogrid manufacturers use terms interchangeably, terms such as stabilisation, reinforcement, interlock, flexible geogrids, rigid geogrids, stiffness, radial secant stiffness, strength, radial secant stiffness ratios and the list goes on. There is very little consensus on what each of these terms mean in the context of a marketing publication. To help distinguish from different geogrids, terms are introduced, sometimes at a rather rapid rate which confuse the market. The recent publication of ISO 10318 has helped to define some mechanism of actions which point to the intended application of a geogrid. This publication can help consultants have clear discussions with manufacturers.

4. Geogrid index properties are not used in pavement design.

Which makes things understandably difficult for the end user. If I cannot use index properties as a measure of performance, how can I design with the right geogrid? There are so many confusing manufacturer publications which use the same jargon, how can the designer be sure? Well, the simplest answer is to understand that specification helps to guide the selection of an appropriate geogrid. Just because the geogrid matches the physical characteristics, that does not necessarily mean the geogrid will as intended. We can improve specification to include performance targets which puts the onus on manufacturers to back their claims of performance improvement.

This is because no single property is indicative of performance, it is a combination of many factors. By specifying the required performance, the geogrids proposed should provide sufficient evidence that these numbers can be achieved. We would suggest that the geogrids shouldn't be specified beyond the index properties required to identify the product. The performance targets will be the real test and the main required metric. Click here to learn more about our premier accelerated pavement test with the US Corp of Engineers. 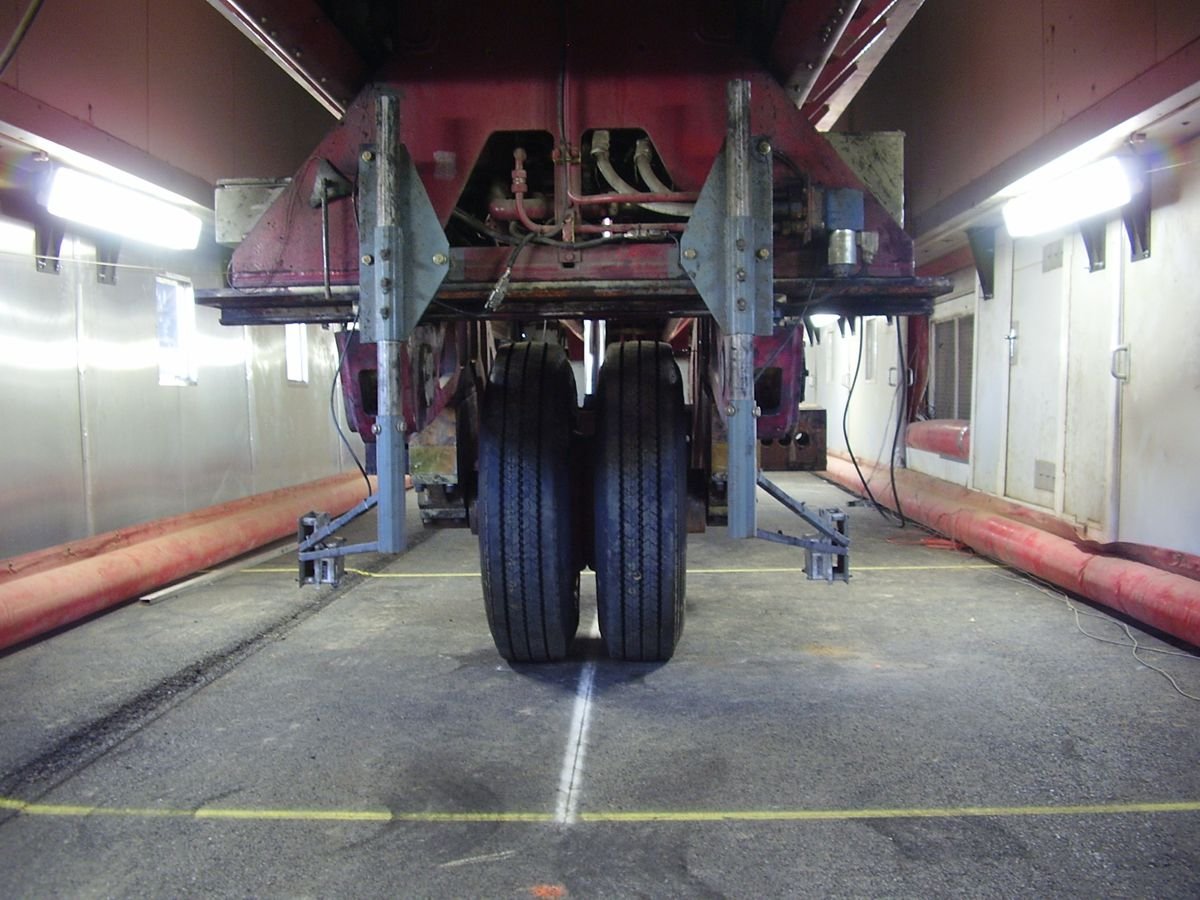 The pavement sections were subjected to more than 800,000 Equivalent Standard Axle Loads (ESALs), the same load imposed by 690 million cars passing over them at the US Corp of Engineers

5. All geogrids work, but they don’t all work the same way.

All geogrids are manufactured to function for a particular application, and using a geogrid for other than its intended purpose can result in disappointment and scepticism as to the efficacy of geogrids in pavements. You wouldn’t use a fork to drink soup, so don’t use a geosynthetic filtration product to improve pavement performance. You might get some benefit, but that is not what it is for. Full-scale trafficking trials, continuous, rigorous and independent testing will pave the way to greater confidence and credible designs and ultimately better pavements for everyone.

That’s the five quick points which you should know before selecting a geogrid for a pavement. For further information and to access our wide body of work on pavement design, get in touch with us at academy@tensar.co.uk.