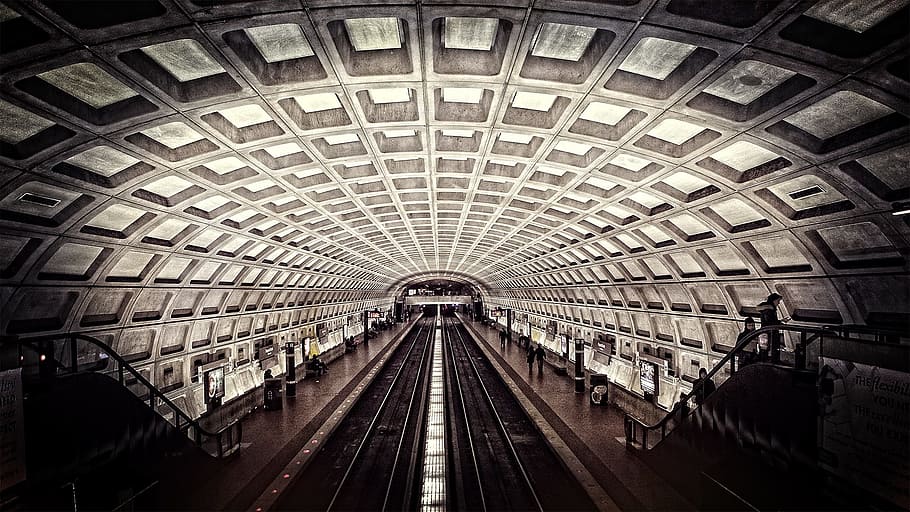 The vaulted-ceiling stations were named 106 in the American Institute of Architects America's Favorite Architecture list in 2007. My trusty assistant Brian and I took a trip down to Gallery Place Chinatown station, during a trip to Washington DC earlier this year, to see an example of this Brutalist architecture for ourselves.

We were in Washington DC to present a paper on finite element analysis of a mechanically stabilised earth wall at the US Transportation Research Board’s 99th annual meeting.

FEA is increasingly used in the design of structures, pavements and platforms incorporating geogrids, to predict deformation, however, as they often do not consider the stabilisation effect of geogrid, they can over-predict movements.

In response, we have developed a new approach that models the behaviour of materials stabilised with geogrid as composites, which gives a much more accurate prediction of deformation. This not only can the benefits of stabilising geogrids be confirmed – by comparing them with designs without geogrids – but also designs can be optimised, making them more economical and faster to build, with less environmental impact, as fewer materials are needed.

The new approach is at the heart of the development of the Tensar T-value method for working platform design, which you can read about here.