The stabilising power of interlock

The degree of interlock of granular materials with geogrid is fundamental to the performance of mechanically stabilised layers.

Granular materials can behave as liquids or solids – in an unconfined state they can be poured and will flow; if they are confined, particles jam together to form a solid.

This phenomenon can be seen in nature, where soil particles arch across a void or soft spot, supporting the material above, by transferring the load through the solid ground either side. Soil arching is also observed between piles, where the same soil mechanics come into play.

Stabilisation geogrids take advantage of this ‘jamming effect’ to interlock with granular materials. As a granular material is compacted over a geogrid, its particles partially penetrate and project through the apertures and are gripped by the geogrid ribs. This forms a mechanically stabilised layer which is capable of controlling differential settlement, reducing fill depths, capping weak deposits and increasing bearing capacity. 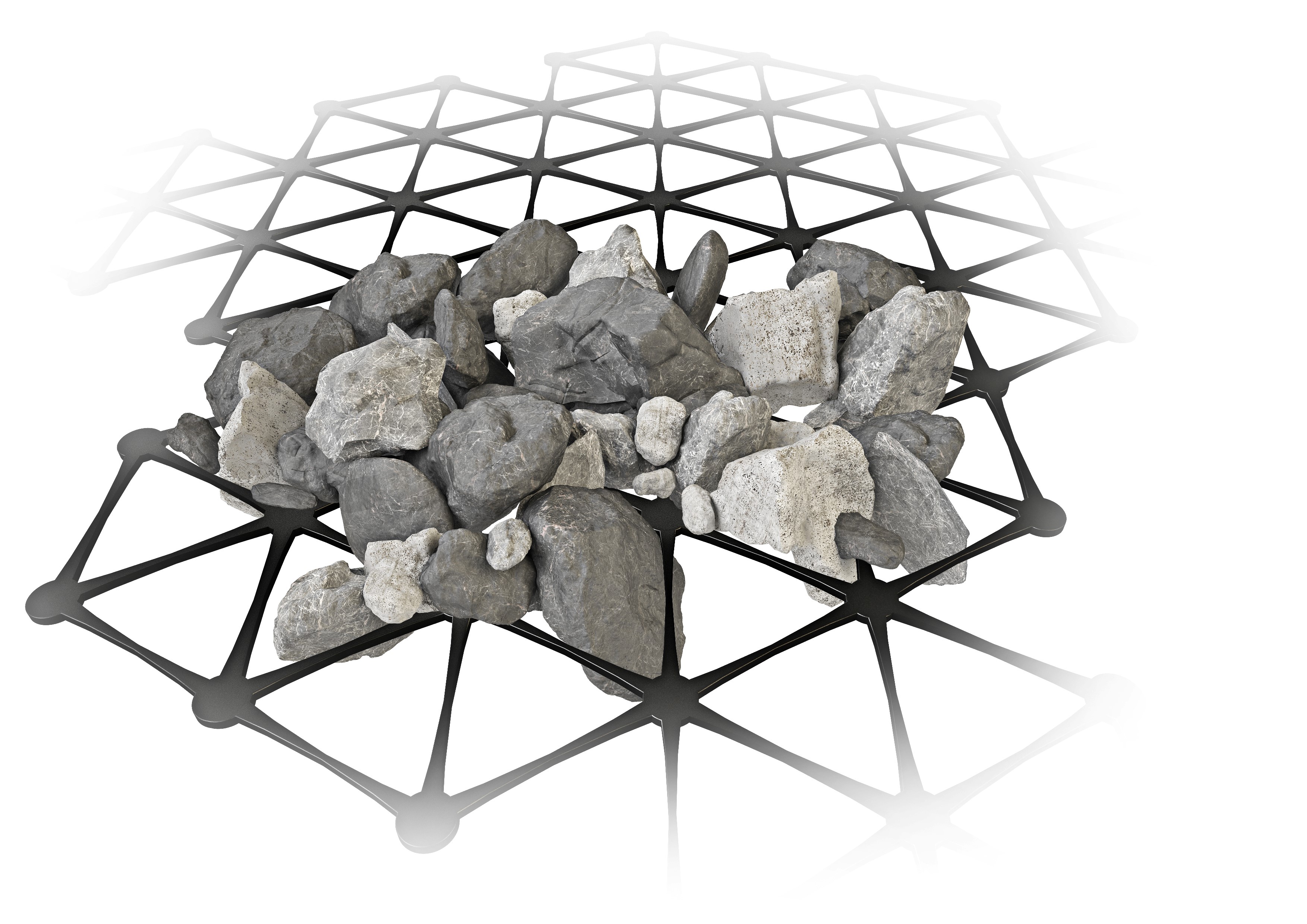 Mechanical interlock is the mechanism by which the geogrid and granular material interact under an applied load.

Interlock helps control lateral movement and dilation of aggregate particles, so that a very high effective angle of shearing resistance is mobilised. This effect is also referred to as ‘confinement’, because interlock efficiently confines and restrains the aggregate particles under an applied load.

Effective interlock relies upon the granular particles fitting into the geogrid apertures, which is why geogrid comes in different aperture sizes. Railway ballast, for example, tends to have large particles. This is why Tensar created its TX190L geogrid, which has the largest apertures in its range.

You can access our T-Value Guide to temporary works design here.