What is rutting in roads?

The problems of rutting in road surfaces: what is a rut, what problems are caused by rutting and what causes rutting?

What is a rut?

A rut is a permanent, longitudinal surface depression that occurs in the wheelpaths of a flexible pavement due to the passage of traffic. Ruts accumulate incrementally: every time a heavy vehicle passes a small, permanent deformation is caused. Further in to the lifespan of the pavement, the surface deformation may be accompanied by heave, along each side of the rut.

The rut depth at any location is measured as the vertical distance between the top of the heave and the bottom of the depression.

What problems are caused by rutting?

The two main concerns arising from rutting are the safety issue and the reduction in the life of the road.

There are several safety considerations arising from rutting: steering can be affected by deep ruts, and rainwater pooling in them increases spray and visibility as well as the potential for aquaplaning. Additionally, drivers may manoeuvre to avoid ruts, leading to discomfort and even possible hazards.

A reduction in road life arises when the rutting produces surface cracking, allowing water ingress. In addition, the reduction in the thickness of the pavement weakens the pavement, increasing maintenance requirements and impacting the service life of the road.

There are three primary causes of rutting in flexible pavements: A) asphalt layer problems, B) structural layer problems and C) weak subgrade problems.

Unsuitable mix-design or inadequate compaction of the asphalt layers can result in unacceptable surface rutting, whereas correct design mix should ensure traffic can be supported for the full design life. The asphalt layers must be sufficiently stiff as to prevent deformation and outward flow under the high tyre loading, whilst remaining flexible enough to prevent fatigue cracking. The asphalt mix-design must allow for the expected traffic loads, volume and climatic conditions. The two mix-design components affecting stiffness are the aggregate (particle size and shape, and grading proportions) and the binder (the grade and composition of the bitumen used to bind the aggregate – which must be stiff enough to avoid rutting). Also the asphalt mix composition is important – aggregate, binder and voids content should be in allowable ranges for a given mix type. Poor compaction means the asphalt layers can compress under the action of traffic, causing surface rutting although this is rarely an issue using modern materials, plant and methods. However problems can occur if the asphalt is allowed to cool below optimum levels before compaction is complete, for example in remote areas due to long haulage times. 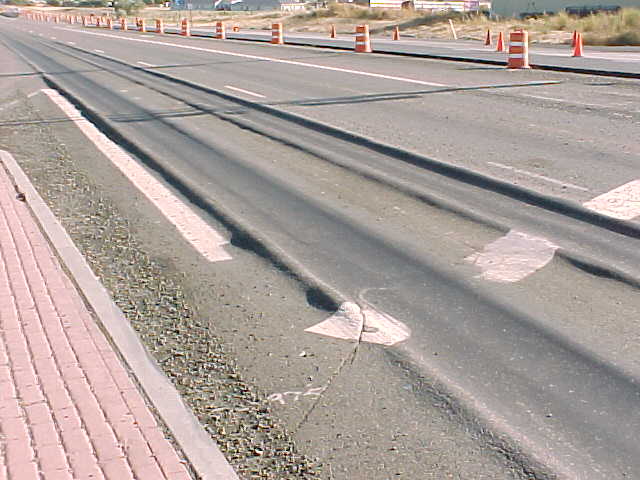 The structural layers of the pavement are the subbase and base layers. They perform the essential function of distributing traffic loading onto the pavement foundation. The thickness of these layers determines their structural strength. If the structural layers are too thin, the load on the subgrade may be excessive, resulting in subgrade failure and large pavement deformations, which show up as rutting at the surface. In some cases, particle movements within the unbound structural layers can occur under repeated traffic loading. The lateral movements away from the wheelpath result in thinning of the base layer accompanied by rutting at the surface.

The inclusion of Tensar geogrid within the unbound base layer has been proven to create a mechanically stabilised layer with increased strength. The Tensar geogrid prevents movement of aggregate particles, reducing pavement deformations and maintaining layer thickness. It also helps to spread and reduce the load acting on the subgrade. This results in an increase in pavement life-design and an associated reduction in maintenance costs. 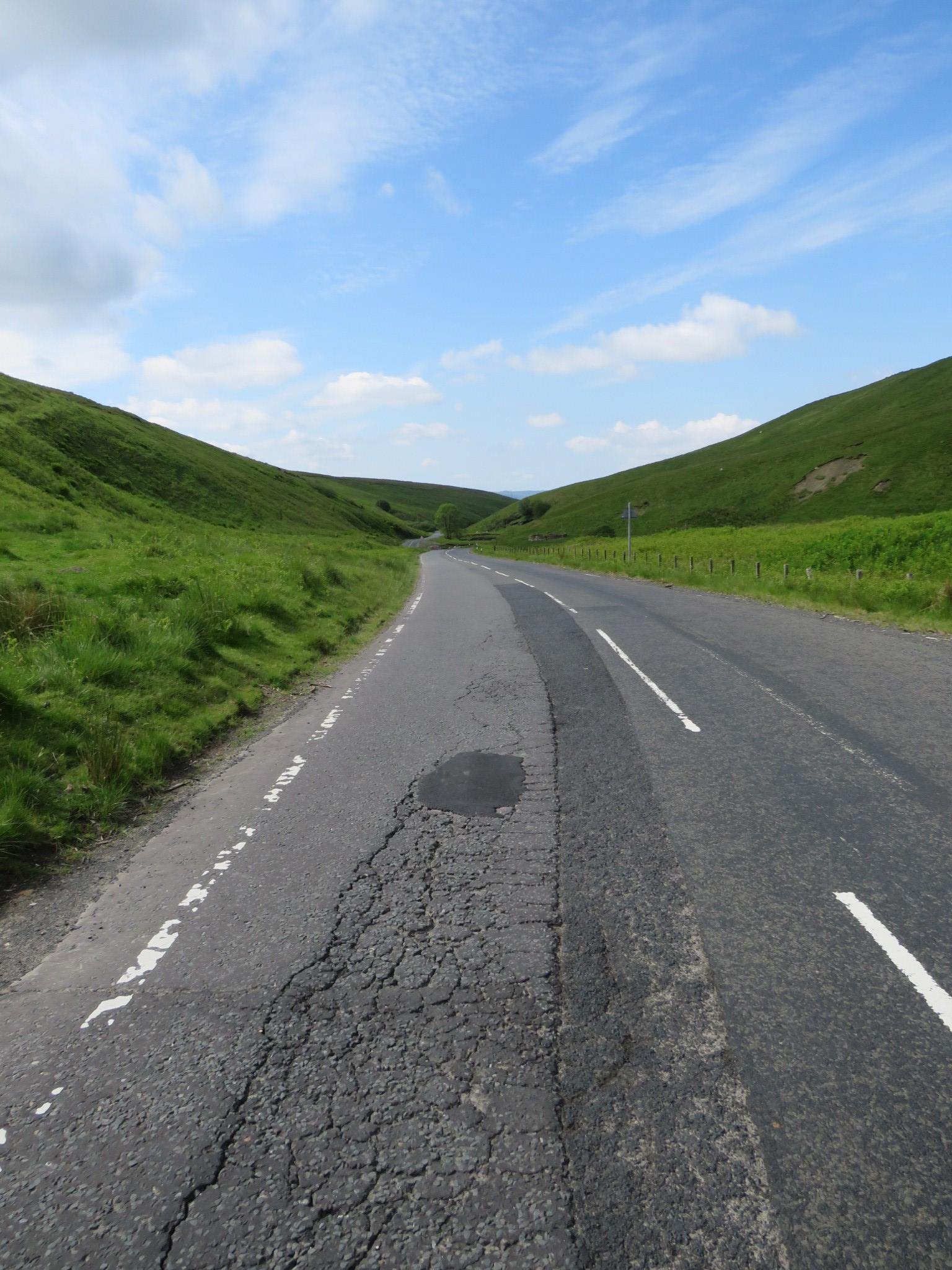 Photo illustrating an example of asphalt fatigue due to subgrade failure

The pavement design is highly dependent upon the strength of the subgrade. If the subgrade is weaker than assumed in the design, the pavement structural strength is compromised and rutting can result.

The most likely cause of this is a rise in moisture content through a cracked pavement allowing surface ingress of rainwater through it or poor drainage – perhaps due to failed or inadequate side drains. Both issues can be solved with a maintenance regime, timely intervention and resurfacing if required.

Another reason for weak subgrade layer problems might be that the actual in-service strength of the subgrade is lower than assumed for the design. The most likely cause of this is if the subgrade was disturbed during construction: if the clay subgrade is rutted by construction traffic, remoulding occurs that leads to a reduction in subgrade strength. Low subgrade strength might also have been due to an atypical subgrade condition at the time of the investigation due to a prolonged dry spell, for example. A final, possible reason for this would be inadequate site investigation prior to construction. The testing or interpretation of the results may be at fault but it is more likely that the amount of testing was insufficient to identify variability in the subgrade over the entire site.

The use of Tensar geogrid to stabilise the subbase can prevent subgrade rutting during construction. It has been shown to be effective in reducing the influence of variable subgrade strength. When placed at the subgrade/subbase interface, Tensar geogrid stabilises and strengthens the subbase, increasing its bearing capacity and rutting resistance, thereby protecting the subgrade. For more information about Tensar solutions, visit www.tensar.co.uk

Want to tune into our next Tensar Academy webinar?

Tensar will be holding an Academy Webinar on “Pavement Design Incorporating Geogrids” on Thursday 29th April at 11.00BST.

The session will be presented by Piotr Mazurowski – Application Technology Manager, who will be looking at the benefits of incorporating geogrids into pavement design – stabilised vs non stabilised, tried and tested.

To find out more information and to register your place, please visit the link here.